Slumber party safety that every parent needs to know: 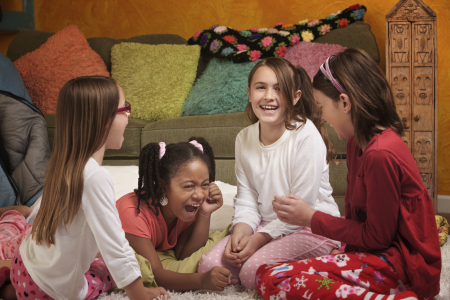 Last year, my daughter had a slumber party for her 11th birthday. The moment the kids arrived, I noticed a big difference: They all had devices.

I thought I was prepared with food, games and movies. However, I had no idea the various issues their devices would create. In fact, something happened that really scared me and never even crossed my mind before the party.

The girls had fun all night doing the typical slumber party activities. They were cozy in our living room, getting into their sleeping bags, when I went to bed.

Around midnight, one of the girls decided she wanted to go home. However, she didn’t say anything to anyone at the party.  Instead, she texted her mom to come and get her. Since it was late, when her mom pulled up at our house she texted her daughter to come outside. Most of the girls were asleep by now. Again, nobody knew that she was planning on leaving.

Thankfully, as she walked to the front door, another girl was coming back from the bathroom and asked her what she was doing.

I am so thankful they bumped into each other. We would have woken up in the morning and she would have been gone! Can you imagine having to call her parents and ask them if she by chance was at home?! Thankfully that didn’t happen.

It did get me thinking though. It never occurred to me to talk to the girls about directly communicating with me if there was a problem.

Today’s technology brings about a whole new set of potential issues that we didn’t deal with growing up. Before hosting your next slumber party, consider these slumber party safety rules:

The Wifi Code: When the girls arrived they all wanted access to our Wifi.  I realized quickly that there was no way I could control what they were viewing, especially once I went to bed,  so decided against passing out the code. Since the internet has information on everything and most kids have stumbled across inappropriate information online, consider how much access you want them to have during your party.

Texting Groups: Another issue that developed was the different texting groups that formed. Even though they were all in the same house, a few girls created a texting group that didn’t include everyone. You can imagine that the others quickly felt left out. Talk with the kids about not using their devices in a way that excludes other guests, whether it’s with texting, games or photos.

Texting Other Friends: One of the girls started texting a boy she liked. I had no idea whether or not her parents would approve. Since all families have different rules, I asked her to wait to chat with him until she got home. It’s important to think about how much contact you want the kids to have with other friends during your event.

Sharing the Fun: Kids love to show the good times they are having in real time on sites like Instagram. Not only could this be hurtful to kids who aren’t invited to the party, if they use “map my photo” or geotagging,  people could know where they are, which is dangerous.

Posting Photos: Kids love to upload pictures of themselves. However, everything they post, share or send leaves behind a digital footprint. Remind the kids that all posts can become public.

At our party, I ended up having the kids put their devices away.  They complained, but once they were out of site, they had so much more fun together.

There are definitely advantages to today’s technology, but other issues crop up as well. As parents, it is really hard to predict all of the potential problems, especially since we didn’t have to deal with these issues growing up. Before hosting your next slumber party, think about how much access you’d like the kids to have and clearly share your guidelines with them.

As I get ready for this year’s party I am going to set our rules about technology at the start. I know this may not be popular with the kids, but I want to keep them safe and encourage them to have fun together.

I’d love to hear from you.

Have you had any similar issues with technology at your parties? What happened and how did you handle it? 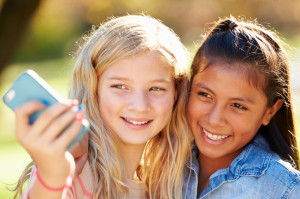